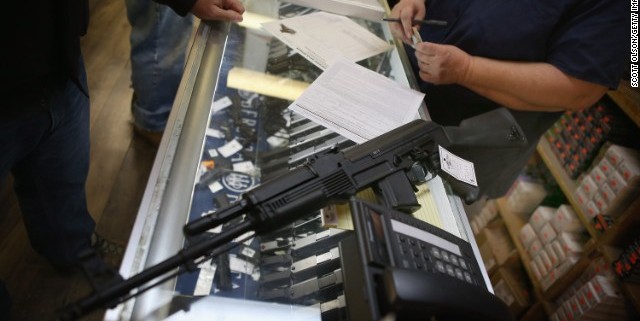 Psychologists and social scientists have long understood that people are inclined to stick to a belief even when they are presented with clear evidence that their belief is incorrect. In short, people are obstinate. Recent research has shown that this is not just a psychological issue, but also has a physiological basis. Our brains are actually wired for this behavior, and it accounts for a great deal of the strife and conflict we see in politics, religion and our regular daily lives.

I have written several times about the issue of mandatory background checks for firearm purchasers. There’s no question that the idea of checking a gun buyer’s background to make sure they are not a criminal or crazy person seems reasonable and rational, and just common sense, but there’s a problem: Background checks don’t work. At least they don’t work the way people think they do. Unfortunately, a good percentage of the population can’t get past their initial conclusion that background checks make sense. That’s why I want to ask you to make a conscious effort to suspend your own presumptions and beliefs for a moment and try to maintain an open mind as you read this column.

Not only is common sense not that common, it often doesn’t make much sense. Along with the obvious, there are almost always peripheral issues that come into play on any given subject. What we see on the surface is usually only a small portion of the picture. Ulterior motives, mitigating factors and the law of unintended consequences are always in play.

A great example of this is the “child-proof” caps on medicine bottles. The government started requiring these devices in the early 1970s. Common sense tells us all that making it more difficult for a child to get into dangerous medicine bottles will reduce accidental poisonings and save children’s lives. But in the years after introduction of safety caps and resistant packaging, poisonings not only continued, they increased. A major factor identified was what researchers called the “lulling effect.” Parents were apparently lulled into a false sense of security by the child-resistant packaging, and, therefore, they took fewer common sense safety precautions in how they stored and controlled dangerous products. Major public education campaigns had to be launched to teach people to do what their parents and grandparents did – store dangerous things out of sight and reach of small children – even when child-resistant packaging is used.

One is left to wonder how many lives, and hundreds of millions of dollars, could have been saved if the focus had been on education from the beginning, rather than blindly embracing a government-mandated engineering solution.

In the case of mandatory background checks on gun purchasers, first, keep in mind that it is already illegal for a “prohibited person,” someone who has been convicted of a felony or certain misdemeanors, or “adjudicated mentally incompetent,” to purchase or possess a firearm. Most of those people know they are prohibited, and, therefore, those who want to obtain guns get them through illegal means – theft, straw purchases or from the same guy who sells them their drugs. In 2010, only 13 people were successfully prosecuted for lying on a gun purchase form.

The second thing to keep in mind is that most people who legally buy guns already own guns. It is estimated that between 80 and 100 million people in the U.S. own something like 300 million guns, and millions more are sold every year. Estimates suggest that better than 80 percent of all guns sold in this country every year are purchased by persons who already own at least one gun. That means that fewer than 20 percent of background checks have any potential to “keep guns away” from someone who doesn’t already have one, and better than 80 percent are just a waste of time and money.

Also remember that background checks are not a free service; they cost money – a lot of money. At this point, the U.S. has spent, and is spending, billions of dollars to build, maintain and operate the federal firearm purchase background check system. And of course, the vast majority of that money is spent verifying that someone like me, who already owns a number of guns, is not prohibited from buying another one.

Finally, consider the civil rights aspect of this issue. The right to keep and bear arms is one of the few rights originally enumerated and attached to the U.S. Constitution. This was done long before the right to vote was even considered a universal right. Yet many of the same people who tell us that even requiring identification to vote is a violation of civil rights. But these same people insist that paying a fee, filling out an extensive questionnaire, presenting picture ID and having a criminal records check before being allowed to exercise the enumerated right to arms is just “common sense” and definitely not a violation of civil rights.

Background checks, like all gun-control laws, focus on the law-abiding while mostly ignoring criminals. The idea that it makes sense to expand these wasteful and ineffective money sponges to include private transactions between law-abiding citizens is ridiculous and an affront to liberty. The real objective is not reducing crime and violence, but rather to add impediments to legal gun ownership to discourage it and make it more costly, troublesome and legally risky. Anyone with an open mind and the capacity for rational thought should be able to clearly see that. 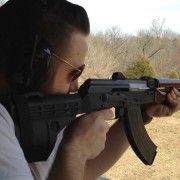 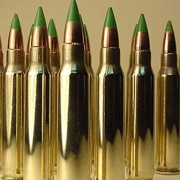 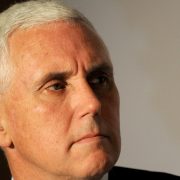 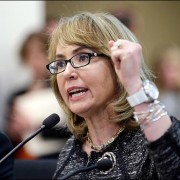 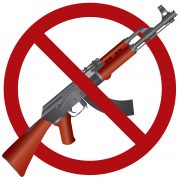 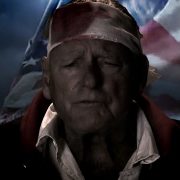 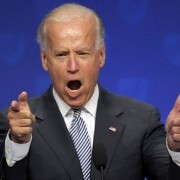 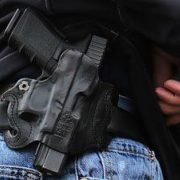 Guns Across America Austin Rally: Gun Rights are not About Guns, They are About...

“Black Lives Matter” or “How To Further Divide Us”?
Scroll to top