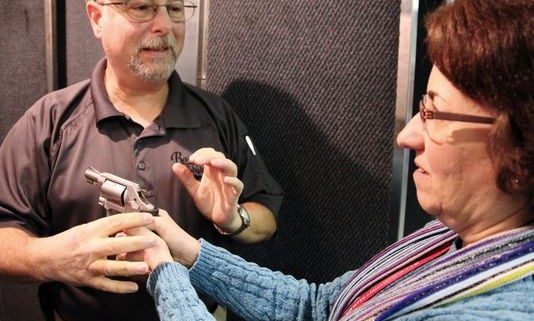 An Idaho woman shopping at a Wal-Mart store was killed Tuesday when her 2-year-old son, seated in a shopping cart, reached into her purse and fired her 9mm handgun, hitting her in the head.

According to news reports, Veronica Rutledge was an experienced shooter who had a permit to carry a concealed weapon. The gun was in a zippered section of a specially-designed concealed carry purse, which she left unattended for a moment.

While it’s legal in Louisiana to carry a gun in your purse with a concealed carry permit, that’s not the best way to carry a weapon, Mark LeBlanc, director of operations at Barney’s Police Supplies in Lafayette, said Wednesday.

It’s the responsibility of a gun owner to minimize the opportunity for someone else to gain possession of their gun, said LeBlanc, a former law enforcement officer who teaches gun safety. The safest way to ensure no one else gets your gun is to carry it on your person in a holster or, if in a purse, the purse should be on your person, not left unattended, he said.

Gun sales across the nation are on the rise. In 2013, 12 million new guns were sold in the U.S., LeBlanc said, and 2014 sales are expected to exceed that.

“In the past six years or so, there’s been a massive increase in gun sales,” he said.

Gun stores have had trouble in recent years meeting the demand for some guns and ammunition.

Gun owners come from every part of society — all ages, all backgrounds, all socioeconomic categories, and they’re buying guns for personal protection, hunting and recreation, LeBlanc said.

Whether they received their first weapon as a Christmas gift or are life-long owners, gun owners should be familiar with the mechanics and safe operation of each weapon, LeBlanc said. That means practice, practice, practice.

First-time gun owners should carefully read the informational brochure that came with the gun, familiarize themselves with the weapon before ever loading it, consider taking a gun safety course and practice shooting the weapon at a gun range.

“Safe operation of a weapon and basic understanding of its operation are two slices of bread that make up a sandwich,” he said. “Everything has to go together.”

Gun owners also should be familiar with the laws in their parish and state.

Louisiana is an open carry state. You can carry a gun on you without a permit as long as it’s visible. If it’s hidden, you need a concealed carry permit, said Cpl. Paul Mouton, public information officer, Lafayette Police Department.

Bergeron’s Restaurant in Port Allen made national news in 2014 when it started offering discounts to customers who wear a gun on their hip. According to news reports, the owner implemented the policy after some national chain stores banned customers from wearing guns in their stores, despite state laws allowing the practice.

A concealed carry permit isn’t necessary in Louisiana to transport your gun in your automobile because it’s considered an extension of your home, LeBlanc said.

Louisiana law doesn’t specify that a gun in a vehicle must be unloaded. But best practice is to transport a weapon unloaded or in the safety of a lock box or holster, Mouton said.

And he cautioned gun owners that different states have different laws.

“If you’re traveling in another state, you need research their laws reference the transport of firearms,” Mouton said.

136,505 Louisiana residents had concealed carry permits as of December 2013.

3.89 percent of adults in Louisiana had concealed carry permits as of December 2013.

Before and after firing a gun, always confirm it is not loaded.

When inspecting or cleaning a gun, don’t have ammunition in the room.

Learn as much as you can about your weapon and gun safety.

Never point a weapon at anything you don’t intend to destroy.

Always be aware of your total environment.

Clean your weapon after every use. 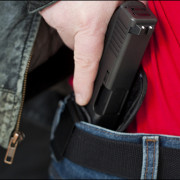 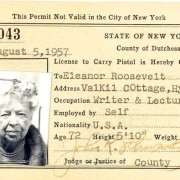 Eleanor Roosevelt Had a Carry Permit, So Why Can’t You? 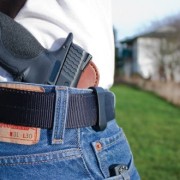 I Carry a Gun Every Day